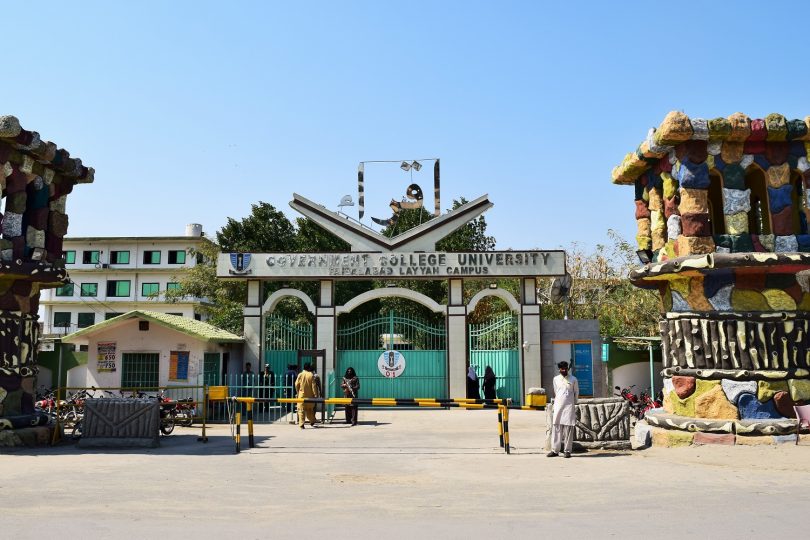 Education in Pakistan is overseen by the government Ministry of Education and the provincial governments, whereas the federal government mostly assists in curriculum development, accreditation and some financing of research.
The education system in Pakistan is generally divided into five levels: Primary (grades one through five); Middle (grades six through eight); High (grades nine and ten, leading to the Secondary School Certificate or SSC); Intermediate (grades eleven and twelve, leading to a Higher Secondary (School) Certificate or HSC); and University Programs leading to undergraduate and graduate degrees.
The literacy rate ranges from 37% in Islamabad to 20% in the Kohlu District. Between 2000—2004, Pakistanis in the age group 55–64 had a literacy rate of almost 30%, those aged between 45–54 had a literacy rate of nearly 20%, those between 25–34 had a literacy rate of 20%, and those aged 15–24 had a literacy rate of 10%. These data indicate that, with every passing generation, the literacy rate in Pakistan has risen by around 10%. Literacy rates vary regionally, particularly by sex. In tribal areas female literacy is 7.5%. Moreover, English is fast spreading in Pakistan, with 18 million Pakistanis (11% of the population) having a command over the English language, which makes it the 9th Largest English Speaking Nation in the world and the 3rd largest in Asia. On top of that, Pakistan produces about 445,000 university graduates and 10,000 computer science graduates per year. Despite these statistics, Pakistan still has one of the highest illiteracy rates in the world.